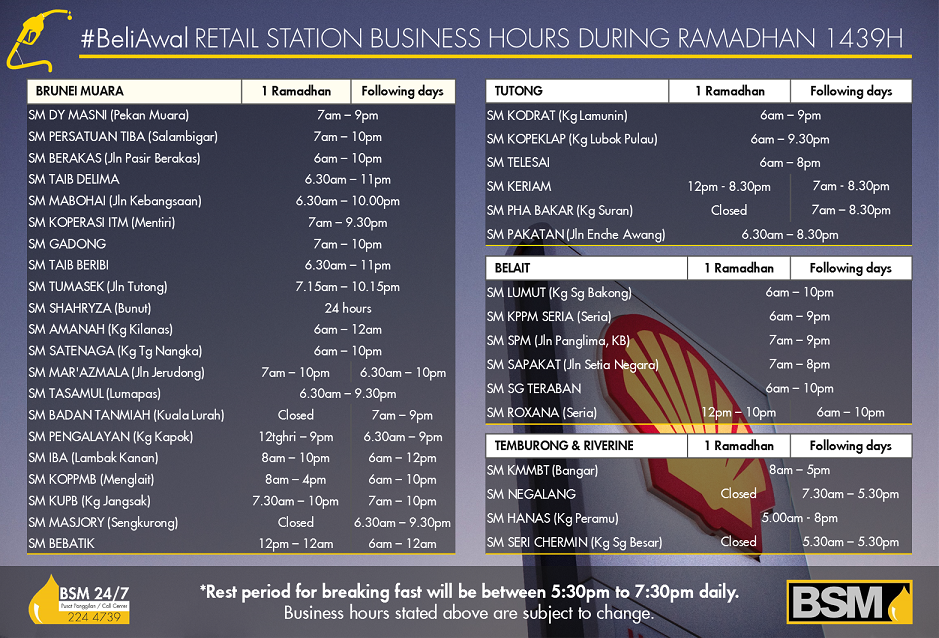 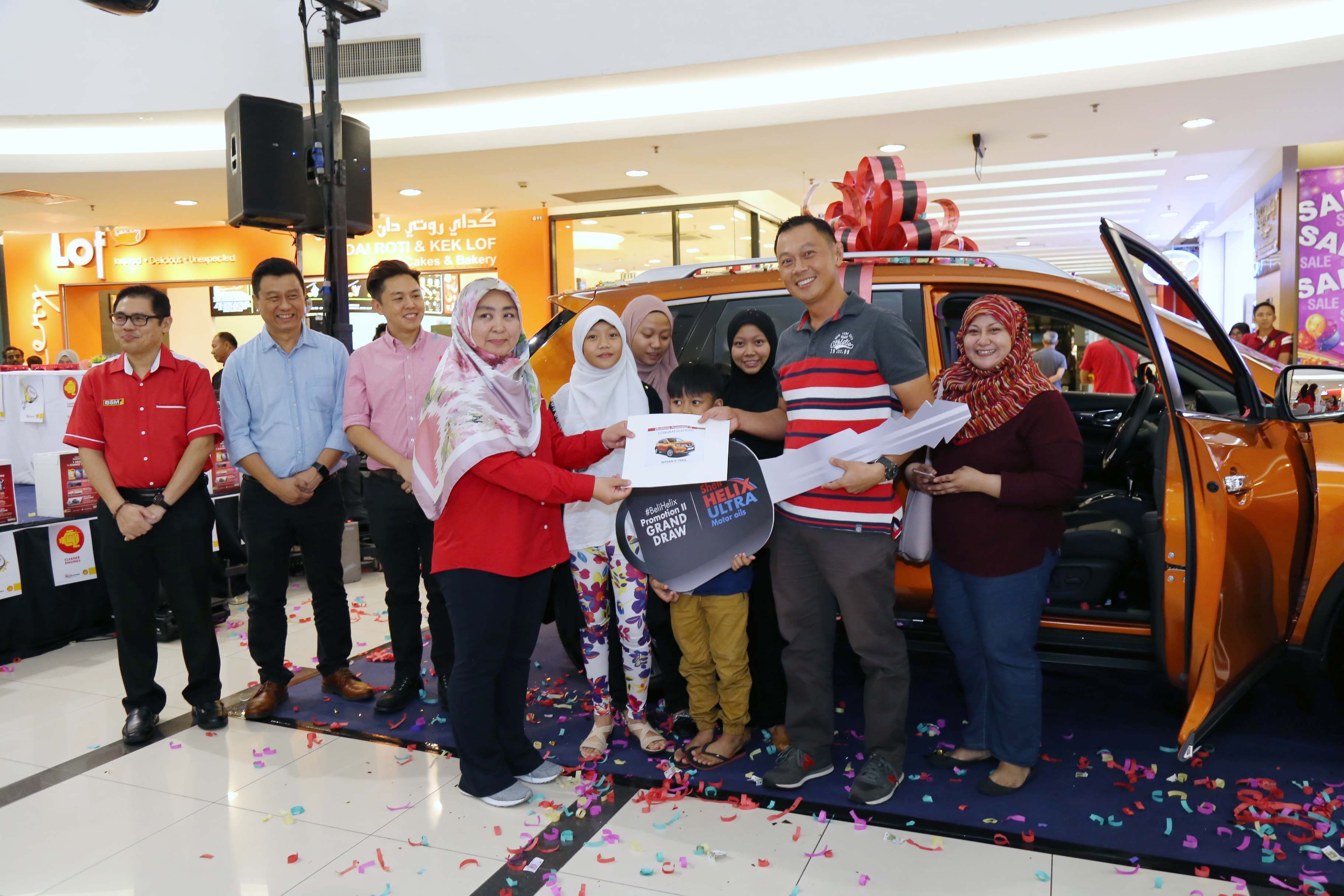 Brunei Shell Marketing Co Sdn Bhd (BSM) concluded the second phase of #BeliHelix Promotion today with the grand draw conducted at Times Square Shopping Centre. The promotion received an overwhelming of 15,122 entries during the period from 8 February 2018 to 30 April 2018.

Hajah Siti Kurshiah Haji Anuar, Head of Commercial welcomed the winners and distinguished guests in her opening remarks and presented the prizes to all five winners with each also received a bottle of 4L Shell Helix Ultra.

Mohd Shahrom Hj Sharbini who drove away a brand new Nissan X-Trail went through 2 eliminating rounds and the final round after choosing the right key to the grand prize.

First runner up, Goh Maycil will be travelling to Hong Kong on a tour package for two persons. Second runner up, Azlan Hj Mohammad won himself/herself B$2,500 cash card.

In conjunction with the grand draw, BSM held a showcase on Shell products and safety awareness campaign at the same venue. The objective was to choose the right lubricant for passenger cars, safe usage of LPG accessories and sharing the road with heavy vehicles i.e. Can You See Us Campaign.

BSM would like to thank all participating customers for both #BeliHelix promotions in the last six months.