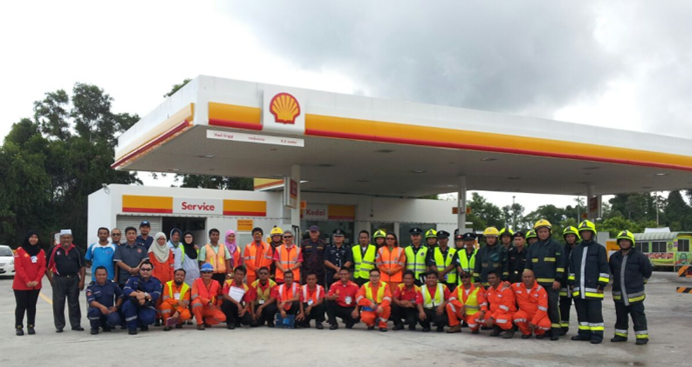 The scenario given is of a vacuum tanker losing control due to brake failure and hitting a public car which was refueling. The forecourt crew was trapped in between the public car and Pump No. 7 & 8. Due to the strong impact from the accident, the rear compartment of the vacuum tanker was forced open causing oil spillage and sparks which produced a small fire.